Join the forum, it's quick and easy

Discussions for private security officers and management, everything related to contract or full-time guard services.

You are not connected. Please login or register
Those who deny freedom to others deserve it not for themselves. Abraham Lincoln
The balance between freedom and security is a delicate one. Mark Udall
To advertise on our forum contact us HERE

Secure It
Add Your Resource


Become a sponsor and place your ad here.

Why cops don't 'shoot to injure'

Why cops don't 'shoot to injure'

A question posted recently on Quora asked, “Why aren't U.S. cops trained to "shoot to contain the situation" meaning shooting to injure instead of a location on the body that is lethal to the suspect (i.e. center of mass)?” Retired cop Tim Dees gave his opinion on the topic, below. Check it out and add your thoughts in the comments.

There are too many reasons why this isn't done. Here are a few that come to mind:

Some people don't stop, even when they have suffered a mortal wound. There are many instances where bad guys have kept coming or kept fighting after they had been shot with what an autopsy would show was a non-survivable wound. Striking a non-vital area has an even more delayed effect.

Most police shootings take place under near-panic conditions, very quickly, and without warning. In the movies, there is usually some pithy dialogue that precedes the ‘moment of truth.’ In real life, it's more like, "Good evening sir, may I see your driv—GUN! BOOM! BOOM! BOOM!" Watch some of the many police shooting videos on YouTube and you'll see cops and bad guys firing wildly in one another's general direction. In fact, the bad guys are usually much cooler under fire, but then again, they know it's coming. In short, carefully aimed shots made to limit damage are just not realistic.

Developing this level of marksmanship skill would require many more hours of training than cops presently receive, and would require many more hours to maintain. Many cops never receive any marksmanship training after they leave the academy. They are required to shoot a standard course of fire of 25-50 rounds, as little as once a year (although quarterly is probably more standard). Ammunition is expensive, and there is seldom ammunition available for practice. There is even less money available to pay officers to practice. Some cops would practice on their own (and some do), but you have to remember that this is, in the end, a job. You expect to get paid when you're doing work for someone, and cops do, too.

Precision shooting, especially the kind that is done quickly and reflexively, is very difficult. Most experienced shooters never get especially good at it. People who haven't done much shooting (or any) generally have no idea of the skills that are required.
If you doubt this, I urge you to contact your local law enforcement agency and see if they have access to a use of force simulator. These are, in essence, video games where the characters are life size, and the guns used fire laser beams. They play ‘shoot/don't shoot’ decision-making scenarios to help train cops in both marksmanship and good decision-making under stress. I used to run these as a regional trainer and always invited local townspeople — especially the police critics — to go a round or two. Very few were able to survive the encounters (in a virtual sense—they ‘got killed’ in the scenario, although they were not physically harmed), and every one left with a new sense of the difficulty of being a cop.

About the author
"The Question" section brings together user-generated articles from our Facebook page based on questions we pose to our followers, as well as some of the best content we find on Quora, a question-and-answer website created, edited and organized by its community of users who are often experts in their field. The site aggregates questions and answers for a range of topics, including public safety.
_________________
www.canadiansecurityguards.com
csg.forum@yahoo.ca
Nightwatchman 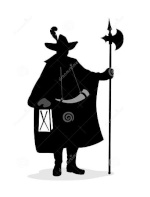 Thanks, Admin(and author) for this very informative and enjoyable post!
I would love to try this `use of force simulator' and I might just ask a member of the RCMP detachment about this.
I knew about some of the reasons already quoted, as they make anatomical sense, many new things too. You have given me some good points to ponder. 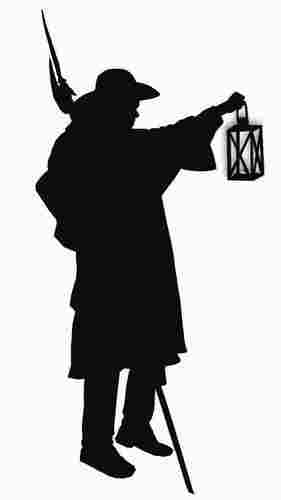 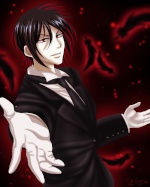 Become a sponsor and place your ad here.